Aviation and Embry-Riddle: The Lifelong Partnership

In 1903 Orville and Wilbur Wright made history with their sustained, controlled flight of a powered aircraft. Only a few short years later, the advent of regular passenger service and the start of World War I combined to produce a dynamic new industry to meet the demands of commercial and military aviation. 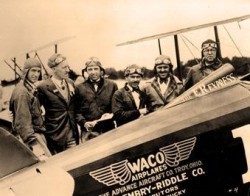 Unlike many other developments at the end of the Industrial Revolution, aviation required a special education — learning how to fly, learning about safety and weather, and learning about engines — from skilled maintenance to the outer limits of performance.

The need for trained pilots and mechanics quickly led to the establishment of a new type of school, one focused totally on aviation. In the beginning, these organizations were often a combination of airplane dealership, airmail service, flight training center, and mechanic school. The original Embry-Riddle operations fit that mold precisely. 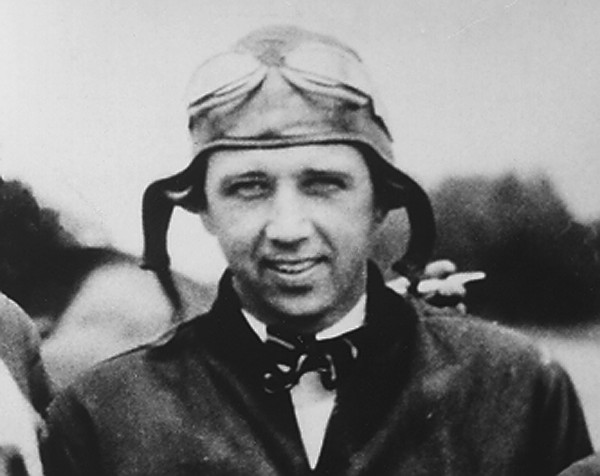 On Dec. 17, 1925, exactly 22 years after the historic flight of the Wright Flyer, barnstormer John Paul Riddle and entrepreneur T. Higbee Embry founded the Embry-Riddle Company at Lunken Airport in Cincinnati, Ohio. The following spring the company opened the Embry-Riddle School of Aviation, coinciding with the implementation of the Air Commerce Act of 1926, which required, for the first time, the certification and medical examination of pilots.

Within three years the school had become a subsidiary of AVCO, the parent of American Airlines. Embry-Riddle remained dormant during most of the 1930s, mirroring the casualties of the Great Depression, and the Lunken Airport operation was phased out. By the end of the decade, however, World War II erupted in Europe and the demand for skilled aviators and mechanics grew significantly. Embry-Riddle’s second life was about to begin.

In South Florida, Embry-Riddle opened several flight-training centers and quickly became the world’s largest aviation school. Allied nations sent thousands of fledgling airmen to the Embry-Riddle centers at Carlstrom, Dorr, and Chapman airfields to become pilots, mechanics, and aviation technicians. Some 25,000 men were trained by Embry-Riddle during the war years.

After the war, under the leadership of John and Isabel McKay, Embry-Riddle expanded its international outreach while strengthening its academic programs. 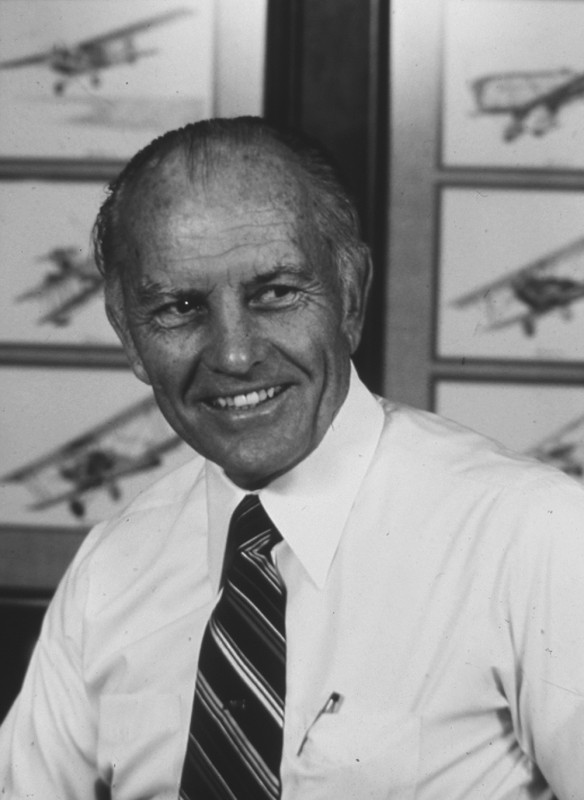 With Jack R. Hunt as president, in 1965 Embry-Riddle consolidated its flight, ground school, and technical training programs in one location by moving northward to Daytona Beach, Florida. This move, which proved to be a moment of singular importance, was made possible by Daytona Beach civic leaders who donated time, money, and the use of personal vehicles. The relocation signaled the rebirth of Embry-Riddle and the start of its odyssey to world-class status in aviation higher education.

In 1968, Embry-Riddle was accredited by the Commission on Colleges of the Southern Association of Colleges and Schools to award degrees at the associate, bachelor, and master levels, and in 1970 changed its name from “Institute” to “University.” Also in 1970, centers were established at U.S. military aviation bases to serve the educational needs of active-duty military personnel.

In 1978, under President Hunt’s leadership, Embry-Riddle opened a western campus in Prescott, Arizona, on the 511-acre site of a former college. With superb flying weather and expansive grounds, the Prescott Campus has been an outstanding companion to the University’s eastern campus in Daytona Beach. 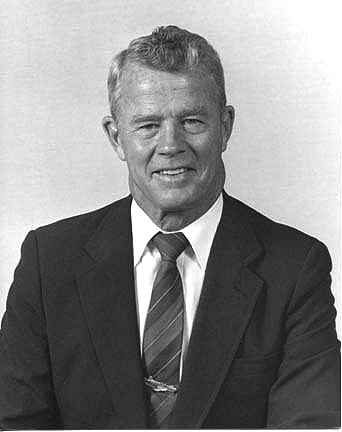 Continuing Hunt’s legacy was Lt. Gen. Kenneth L. Tallman, president of Embry-Riddle for five years. He came to the University after a distinguished 35-year military career that included service as superintendent of the U.S. Air Force Academy. Under Tallman’s leadership, a school of graduate studies and the electrical engineering degree program were introduced. He led the University into research with the addition of the engineering physics degree program. He also developed stronger ties between Embry-Riddle and the aviation/aerospace industry. 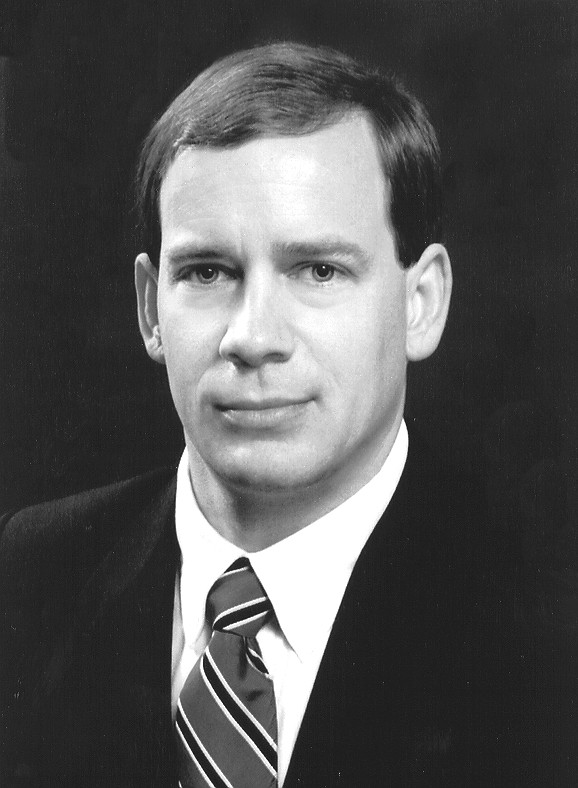 Dr. Steven M. Sliwa led the University from 1991 through 1998. Sliwa, the University’s third president, is best known for creating an entrepreneurial environment and for developing strategic partnerships with industry. These partnerships included a joint venture with FlightSafety International; a partnership with Cessna Aircraft Company; a technology alliance with IBM; and an exclusive educational partnership with the Aircraft Owners and Pilots Association. He also spearheaded a $100+ million capital expansion program, which included an $11.5 million congressional line-item appropriation. In addition, new academic and research programs were created at his direction to respond to structural changes in the industry while increasing market share in the University’s core programs. 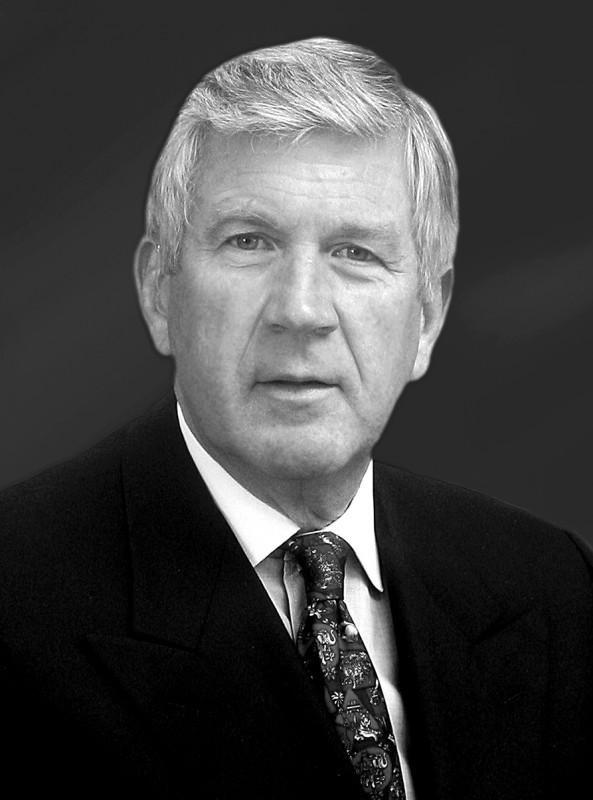 Under the leadership of Dr. Ebbs, a new graduate degree program in Safety Science was introduced, as well as new undergraduate degree programs in Computer Science, Global Security and Intelligence Studies, Mechanical Engineering, Software Engineering, and Space Physics. In addition, major construction was initiated at the Daytona Beach and Prescott residential campuses. 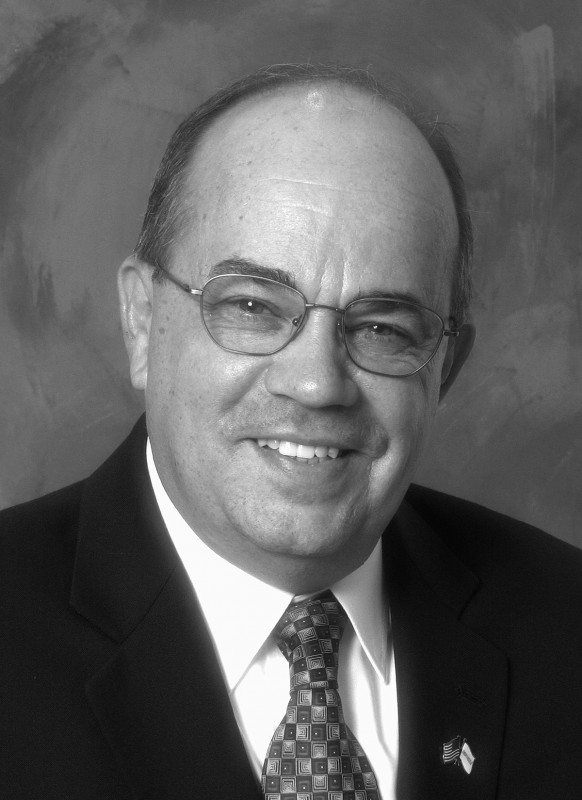 Dr. John P. Johnson served the Universtiy as the fifth President. He previously served as Embry-Riddle’s Interim President and as Provost and Chief Academic Officer. Before joining Embry-Riddle, he was the Provost and Vice President for Academic Affairs at Texas A&M University, Texarkana, and served as Dean at the Medical University of South Carolina and at Northern Kentucky University.

Embry-Riddle Aeronautical University offers more than 100 bachelor’s, master’s, and Ph.D. degree programs in its colleges of Arts & Sciences, Aviation, Business, Engineering, and Security & Intelligence. Embry-Riddle educates more than 34,000 students annually at residential campuses in Daytona Beach, Florida, and Prescott, Arizona, through the Worldwide Campus at more than 135 locations in the United States, Europe, Asia, and the Middle East, and through online programs.

Under his presidency, Embry-Riddle continues to expand discovery-driven degree programs and its research park is home to new aerospace patents, technology transfer and startups. Butler has encouraged collaboration with industry, resulting in expedited hiring initiatives with leading aviation and aerospace industries. He is expanding the university’s interest in aviation cybersecurity, aviation data analytics and autonomous vehicles. The university also created new partnerships to prime the aviation/aerospace pipeline.

As a strong advocate for science, technology, engineering and mathematics (STEM) education, Butler supports a dual-enrollment program with the Gaetz Aerospace Institute. The institute offers more than 40 university courses to students in 84 Florida high schools. At the Arizona Campus, the STEM Education Center serves as a hub of enrichment for students, faculty, researchers and the community.

Previously, Butler was Executive Vice President and Provost of the University of Iowa. He was responsible for more than 100 academic programs in 11 colleges. For ten years, he served as Dean of the College of Engineering.

Butler is on the board of the Hoover Presidential Foundation and The Wings Club. He is a member of The Civic League of the Halifax Area. He is a private and glider pilot.

The PDF will include all information unique to this page.